The Metropolitan City of Turin (CMTo)

The Metropolitan City of Turin (CMTo) is a wide area (NUTS3), second level local authority which replaced the former Province of Turin from January 1st, 2015. CMTo borders with France (Départements Savoie and Hautes Alpes), with the Valle d’Aosta Region, and with the provinces of Biella, Vercelli, Asti, Cuneo and Alessandria. CMTo brings together 312 municipalities, covering a very large and heterogeneous territory, from dense urban areas to small towns and villages. It is the largest metropolitan city in Italy (6.827 ha), fourth in population size (2.2Mln inhabitants) and seventh in population density (330 inh/km2). 40% of the population resides in the City of Turin (whose surface is equal to 2% of the total area of the CMTo); 80% of the municipalities have a population <5,000 inhabitants (36% <1,000 inhabitants).The metropolitan area embraces very diverse areas: the urban pole of Turin City (almost 1 M inh), the periurban area, hills and the mountain region in the Alps. 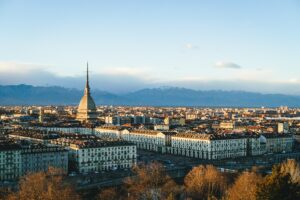